Home » Rams in the center » Virtemberg 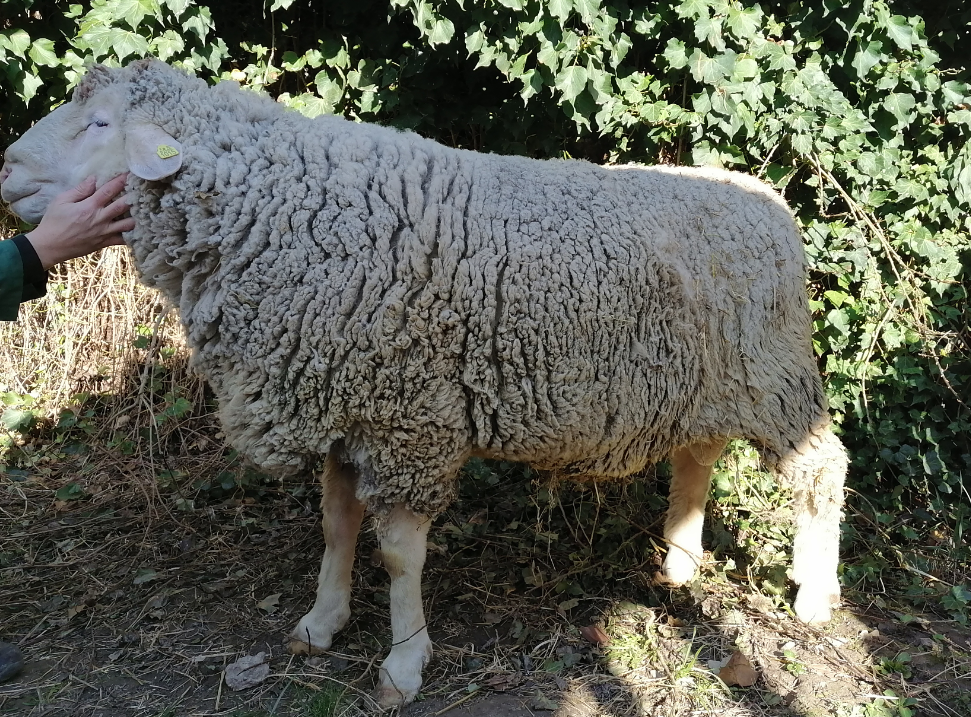 This breed of sheep is one of the most respected race in Serbia. It was created in Western Germany in the province Württemberg, after which it was named. Würtemberg sheep became by crossing domestic sheep with merino rams. The breeding of domestic sheep was started with the Spanish Merino. In the later stages of work on the creation of this race, the French race Merino Rambouillet and Merino was used. Thus, after many years of crossings (1786-1915.), a typical Würtemberg sheep breeds for meat and wool is provided. Merino Württemberg is a big frame sheep with a strong constitution, a lively temperament, directed for meat-wool production, although milk production is not low. The animals have heads of medium length and width. The neck is of medium length, without skin folds. The breasts are rather wide and deep. The hull is of medium length, but also sufficiently broad and deep, and the topline is straight. The bodyweight of adult ewes ranges between 70-75 kg, and rams are 100-120 kg. The average weight of lambs at birth is about 4.5 kg. Lambs under intensive fattening, at 90 days achieve bodyweight of about 30 kg. The dressing percentage at the fatted lambs is about 52-56% and can be up to 60%. In adult sheep meat yield is about 47-48%. Sheep are covered with white wool, with only the lower parts of the legs, head and ears covered with white hair. The fleece is closed, composed of cylindrical locks. Annual wool production per sheep is 4-4.5 kg, and at rams is 6.5-8 kg. Wool thickness is between 24-30 microns (A and B assortment). Württemberg Merino sheep milk production for 6 months is about 150 liters. The fertility of these sheep is also very good. A 100 sheep herds produce about 120-150 lambs. Due to the good body composition, production, good health and very good acclimatization abilities, this race is exported, and today is exported to many countries of the world. This race had particularly great importance for the improvement of sheep production in our country because, first of all, participated in the creation of Pirot and Sjenicka strain breed. In addition, in recent years was the main Meliorator of most domestic sheep strains in Serbia, achieving very good results.